She is the visionary that has driven the company since 1993. Her passion is improving our procedures and practices; incorporating technology and value added services for both our clients and tenants. Bonnie is a licensed Real Estate Broker and Permitted Property Manager. She has been deeply involved in the National Association of Residential Property Managers since 2007 and has served many times on the board of our local chapter. Bonnie stays on top of the law and re-writes our management and lease agreements on a regular basis to cover new laws and best practices. She is dedicated to providing an office atmosphere in which we all support and lift each other up. Her email is Bonnie@AvalonOaktree.com.

Personal background: born and raised in Southern California; moved to the Upper Peninsula of Michigan for high school; went back out west for college, attending BYU and in her 3rd year of college transferred to UNLV here in Las Vegas to study psychology and public relations. A courageous leap at only 19 with no friends or family here! Her first job was up in the kids games at Circus-Circus. A few years later she entered the Hotel-Casino world where she worked for 11 years before finding her passion and calling in Real Estate. Bonnie will tell anyone that Las Vegas is the City of Opportunity and her life proves it. She has a love of learning and shoes. She is an avid gardener, animal lover and official tree hugger! 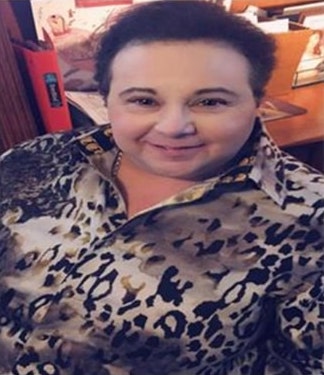 Laura is our CEO and Property Manager. Laura runs the staff, prepares legal documents and represents the owners in eviction court; she interfaces with all of our tenants, owners and vendors; oversees the maintenance, deals with all the ‘problems’; runs comps, inputs the MLS listings; is an expert in handling mold remediation coordination and is on-call for emergencies nights and on week-ends. Laura has her Bachelors of Science in Business Administration. She is co-owner of the Company and is a licensed Broker-Salesman and holds her Property Management Permit. Her email isLaura@AvalonOaktree.com.

Personal background: born and raised in Yonkers, New York into a fabulous Italian family. She was a court stenographer in White Plains but left New York to join her family who had migrated out to Las Vegas. Laura worked as a bank auditor for Citibank in Las Vegas and Sioux Falls, South Dakota. She returned to Las Vegas to care for her mother and was the office manager for State Wide Fire Protection for 8 years. She left that field for real estate in 2005. Her passion is shooting – she has been shooting since her late teens and is a certified Range Master and a diamond member at Front Site Firearms Training Institute. She loves cars and dogs and her secret wish is to own a small ranch in Wyoming. 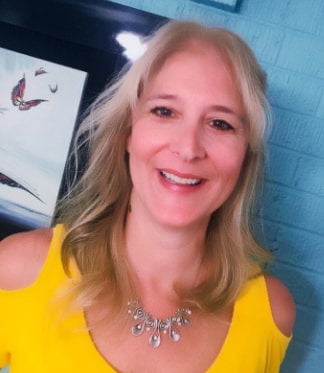 Lori is our Director of Maintenance. Lori is the point of contact for tenants putting in work orders. Lori contacts the owners on repairs that are called in and keeps them informed on the estimated price and progress. Lori issues the work orders to the vendors and follows through to the completion of the job. Lori is also responsible for the disposition of the tenant’s deposit when they move out. She is diligent in charging them everything they are responsible for to the limit of their deposit and spends hours comparing their move-in and move-out inspection reports and hundreds of photographs. If their deposits do not cover the damage, she turns the tenant over to a Collection company. Lori has been with the company since April of 2010. She started as our outside field inspector and worked her way up. Her email is Her email is Lori@AvalonOaktree.com.

Personal background – Lori was born and raised in South Plainfield, New Jersey. She came out to Las Vegas in December of 2007 to be by her sister. Lori was a foster mother to 5 children. She has one amazing daughter and 5 dogs. Lori fosters and rescues senior dogs that no one else will take – those with one eyes, gimpy legs, etc. Lori loves motorcycles, music, and good wine. Lori has the most even-tempered nature of anyone you’ll ever want to meet. 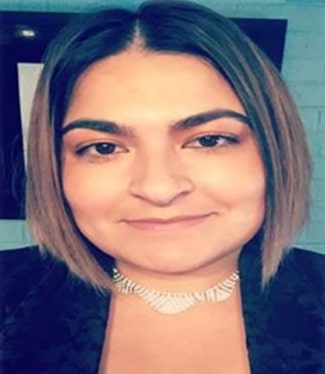 Irene is our Accounting Director. Irene inputs all of the invoices and pays all bills for our clients if they wish, including HOA dues, sewer, trash, property taxes and insurance as applicable. She sends our clients their monthly distribution via ACH directly to their account and uploads all invoices and statements to their on-line portal. She is also a former licensed insurance agent (she was with Allstate for many years) and has saved our clients’ money not by writing insurance for them but by reviewing their coverage and making suggestions. I have known Irene since 2002 and consider our Company very blessed to have her join us in 2014. Irene is fully bi-lingual in English and Spanish in both speech and writing. Her email is Her email is Irene@AvalonOaktree.com.

Personal background – Irene hails from Southern California and is the eldest out of her four siblings. She moved to Las Vegas 18 years ago. Irene became a licensed Insurance agent by the time she was 21 and stayed in that profession for about 12 years. She loves the outdoors and was the Vice President of an all woman’s motorcycle club here in Las Vegas for about 3 years. She can often be found volunteering around the Valley, One of her favorite organizations is Gobble Gobble Give which feed the homeless every Thanksgiving. Irene is an avid crafter and some of her hobbies include crocheting, sewing and putting a rhinestone on just about anything. She is the proud fur momma of Karma her 8 yr. old Chihuahua.

Nicole is our New Accounts and Leasing Manager. Nicole prepares the documents for our new clients following through to be sure that we have of the information we need to service their properties. Nicole processes all rental applications, obtaining their credit report, national eviction search, civil and criminal background report and personally verifies employment and tenancy history and processes them to completion; prepares the lease; sets an appointment for the tenant to sign the lease and pay their deposits within 2 days of being approved. Nicole is also responsible for renewing the current leases once the property manager has reviewed the current comps and given her the new rental rate. Her email is Nicole@AvalonOaktree.com

Personal background – Nicole was born in Salt Lake City but her family moved very shortly after her birth to San Luis Obispo county. Nicole loved the ocean and spending hours at the beach. After graduating high school, Nicole obtained her Certified Nursing Assistant license and worked with the elderly suffering from Alzheimer’s, dementia and also worked in hospice. She found the relationship building, giving support and care to these seniors who were often alone and without family, extremely rewarding. Nicole is the mother to 3 handsome boys. In 2015 she moved to Las Vegas and she joined our team a year ago. We’re lucky to have her.

Sandy is our HOA Coordinator and Assistant Leasing Manager. Sandy handles all HOA violation issues – working with the tenant and the HOA to bring the property into compliance. Sandy works closely with Nicole in preparing lease renewals. Sandy also markets our listings on our website and social media sites. You can email any HOA violations directly to her to handle. Her email is Sandy@AvalonOaktree.com

Personal background – Sandy was a military brat born in Germany. Her father retired from the military when she was 10 years old and moved the family to Tucson, Arizona. Sandy moved to Las Vegas in 1982 and worked in the casino industry doing everything from waitressing, to change girl, casino cage cashier, keno runner and more. She found her true calling in 1995 when she got her first job in Multifamily rentals as a leasing consultant. She was promoted within 3 months to Assistant Property Manager and 4 months later was promoted to Property Manager. She’s had the bug ever since! Sandy’s heart is in Real Estate and Multi-family Rentals. Her last job before joining our team was as the on-site manager for a 17 building four-plex community. Sandy loves spending time with her dog Chewie, reading, crocheting, playing backgammon, hiking, trying new restaurants and you can find her dancing the night away when her husband’s band is playing in various casinos. 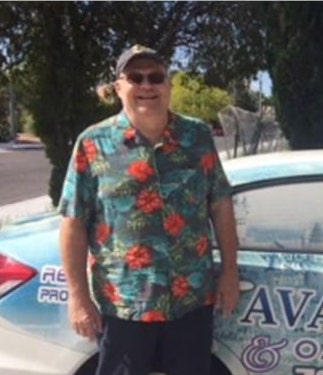 Brent is our outside field inspector. Brent does the ongoing “short” inspections during the year on all our properties including the special “pet inspections”. The purpose of these inspections is to be sure the house keeping is up to par, that damages are not being done to the property, that unauthorized pets haven’t been brought in and more. We do a personal move-in with the tenants.  Brent meets the tenants at the property to give them the keys, go over the move-in inspection report; show them how to turn the water off in case of emergency; where the GFI’s are; where the return vents are – reminding them to change the filters monthly and more. Brent also handles the initial inspections on all new accounts and the “move-out” inspections which take him anywhere from 1 to 4 hours to complete and takes hundreds of photographs of the property to document its overall condition and specific items that need to be repaired, replaced or updated. In 2018 Brent relocated to Las Vegas from Orange County and has worked in this field since February of 2013.  His email is Inspector@AvalonOaktree.com.

Brent was born in Central Iowa and raised on a farm. His grandfather was a building contractor so he learned about the construction trades from the ground up. He later attended Iowa State University and was a starter on the defensive line of the Cyclone Football team for two years. After graduation, he worked as an accountant and discovered that he was not cut for that type of work. As a result, he purchased a restaurant which turned out to be the first of many businesses he has owned. Eventually, he realized that he could actually leave Iowa and he moved to Southern California where he met his wife and became a licensed contractor. This led him into the field of Property Management which he has been involved with since 2013. He has also owned rental units so is personally familiar with all aspects of property management. In 2018, after owning a 2nd home in the Las Vegas area for over 10 years, he and his wife became permanent, full-time residents at which time he joined the Avalon Team.

Carolina is the personal assistant to the Broker. Carolina has worked in customer service from the start. She worked for 7 years handling immigration procedures from Mexico to the Us and Canada and then worked as Interpreter. Carolina joined our team over 3 years ago. Carolina is fully bilingual in English and Spanish in both speaking and writing. Her email is Carolina@avalonoaktree.com

Carolina was born in Durango, Mexico. She grew up on the west side of Chicago. She is married and has 2 beautiful daughters and a handsome young son. Carolina loves to help people. She and her children often bring clothes, shoes and toys to an orphanage. Carolina is also a straight A law student and is finally achieving all of her goals. Even though she has her hands full of tasks you will always find her with a huge smile and a great attitude. She and her family love to go off-roading on the weekends.

All of us at Avalon Realty & Oaktree Management are very dedicated to providing top quality service to our clients and to providing quality housing for our tenants.

Get started with a consultation
GO!